How it started (Interview) 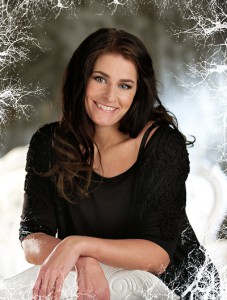 Pauline was born in the countryside of southern Sweden, but raised in the city. As a child she loved Disney and all characters from Benjamin cricket to the dragon in Sleeping Beauty. Everything in between. Disney has followed her all the way up into adolescence. With inspiration from Disney she took her own initiative and started drawing.

After much practice as she leapt in the world, with the help of her mother. With her ​​support,  they went together at various trade shows to promote her ideas. In connection with this, Pauline learned to know the industry and then took courage to start their own businesses.

Even as young she sold various products from Disney including stickers, stamps and shapes and more. But it was not quite enough, she knew that she wanted to do more, hence her company Magnolia .

Pauline finds her inspiration from everyday life. All the things she sees and does, all experiences and events she processes and make it her own . To begin with , it was simple illustrations she drawed, but over time her characters become more and more detailed. Her idea of Tilda and Edwin came not until she had children. When she was home with the kids and found the time to sit down and draw, the idea was born. Tilda and Edwin.

Her characters are very unique , and a question that recurs often is , “Why has not the characters either mouth or nose ? ”
– I really do not know , there is no specific reason. But in hindsight, I think that I want to leave as much as possible for the spectator. With the help of the surroundings so you can reflect the character’s emotions. If one were to put a mouth on the character so it will either be happy or sad . Without the mouth or nose , you get to form your own opinion as a viewer with the help of the surroundings.

Do you have a favorite out of Tilda and Edwin ?
– No I have not . But I can see that Tilda is more popular than what Edwin is . Which I think is a bit sad. That he doesn’t get as much attention.